Pamela Chatterton-Purdy graduated from New Canaan (CT) High School in 1959; received an A.A. from Green Mountain College in 1961, her B.A. from The University of New Hampshire in 1963. She married her husband David Purdy, a Methodist minister, June 7, 1963 and later that summer became at art editor at Ebony magazine in Chicago. She earned a M.F.A from The University of Massachusetts in 1966. She has taught art at Bay Path College, Longmeadow, MA , Springfield College, Springfield MA, and The University of Massachusetts at Amherst, the Bartlett School in Winchester, MA plus the public schools of Middleboro, MA and Brookline MA. She has taught art for over 30 years.

In 1987, her book, Beyond the Babylift, A Story of an Adoption, was published by Abingdon Press, Nashville TN. The Purdy’s have 4 children (2 biological daughters and and 2 adopted sons, one African American and the other Black Vietnamese. The book focuses on their struggle to become an integrated family.

In 2008, she began to exhibit her Icons of the Civil Rights Movement at St. Joan of Arc R.C. Church in Orleans, MA. Since then, the ICONS have been on display at over 40 colleges, universities, galleries and schools, including the State House in Boston and in Washington, DC for the 2009 inauguration of President Obama. In collaboration with her husband, the 1st edition of her art/history book featuring her Icons was published in 2012. The expanded 2nd edition was published a year later. A 3rd edition, Icons of the Civil Rights Movement, Dispelling White Privilege, sold out in 14 months.

In 2017 a 4th edition calledCivil Rights Icons, Past and Present has just been published. This edition incorporates Pam’s latest icon honoring the Emanuel 9, the 2015 murder of 9 bible study participants in the Charleston AME Church in SC. When not traveling, the ICONS may be seen at the Zion Union Heritage Museum 276 North St. in Hyannis MA.

John C. Chatterton was a missionary and licensed Preacher at the Hedding United Methodist Church in Poughkeepsie N.Y. 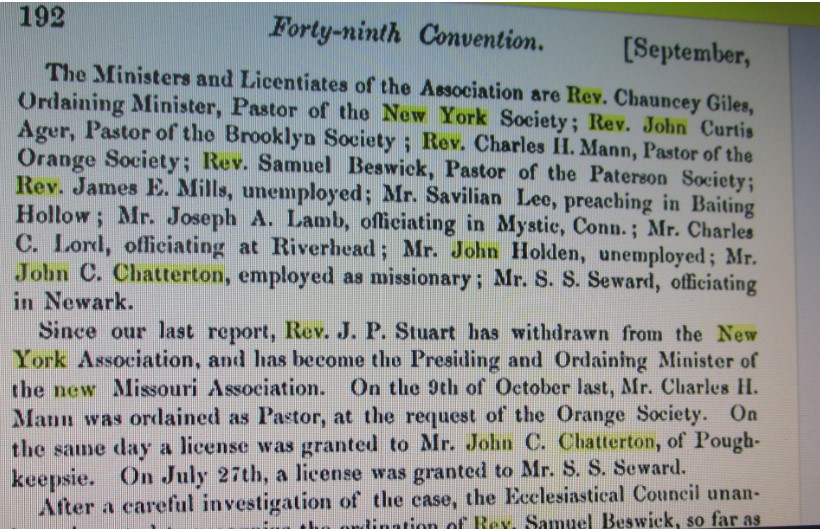 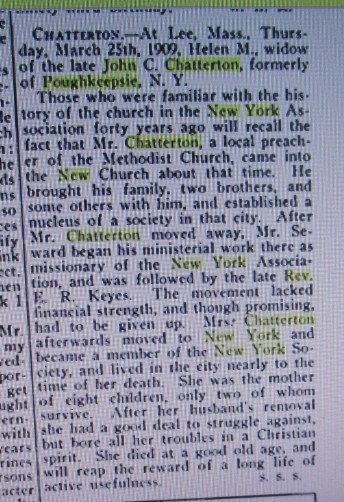