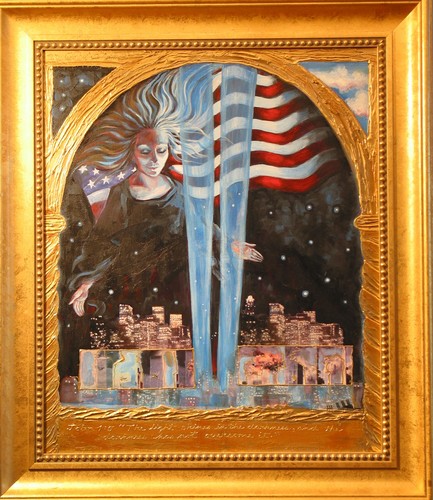 Many will remember the columns of blue lights six months after September 11, 2001.

As a country we had not been defeated. Stronger than ever the crews of search and rescue had not abated. Americans continued to form a corridor of encouragement, cheering the rescue workers as they moved in and out of the “Theater of Ground Zero”.

Love and support for the families of victims was palpable. “Light”, that element of warmth we could not live without, was chosen so appropriately.

The lights sliced through the darkness of the night sky. Our priorities are clear. Our country had survived.